In this great battle we all have the obligation to contribute as much as we can. For this reason, & in line with Greek Government guidelines - eCig Hellas' stores will remain closed from 18/03/2020 until further notice.
Our online platform is running normally and all orders are processed as usual.
We thank you all for you patience and understanding on any delays on your delivery.
Thanks for your support, we wish everyone stay healthy and safe!

Can e-Liquid Flavor Ban Be The Solution to the Problem?

The Trump administration leaked news of a flavor restriction on New Year’s Eve, and the full announcement came last week.
It gives companies a 30-day notice to cease the manufacture and sale of flavored pods. Open system e-juices escape this Food and Drug Administration (FDA) order, but remain under threat with the impending Premarket Tobacco Product Applications (PMTA) May deadline. Once the thirty days are up, tobacco and menthol will be the only pod-based flavors available to American purchasers as a result of the FDA hiding behind the teen epidemic hype and enforcing the Deeming Rule.

The United States has never seen an epidemic of substance use arise as quickly as our current epidemic of youth use of e-cigarettes. HHS is taking a comprehensive, aggressive approach to enforcing the law passed by Congress, under which no e-cigarettes are currently on the market legally.

By prioritizing enforcement against the products that are most widely used by children, our action today seeks to strike the right public health balance by maintaining e-cigarettes as a potential off-ramp for adults using combustible tobacco while ensuring these products don’t provide an on-ramp to nicotine addiction for our youth. We will not stand idly by as this crisis among America’s youth grows and evolves, and we will continue monitoring the situation and take further actions as necessary.

Companies that do not cease manufacture, distribution and sale of unauthorized flavored cartridge-based e-cigarettes (other than tobacco or menthol) within 30 days risk FDA enforcement actions

As we work to combat the troubling epidemic of youth e-cigarette use, FDA Commissioner Stephen Hahn added, the enforcement policy we’re issuing today confirms our commitment to dramatically limit children’s access to certain flavored e-cigarette products we know are so appealing to them – so-called cartridge-based products that are both easy to use and easily concealable. We will continue to use our full regulatory authority thoughtfully and thoroughly to tackle this alarming crisis that’s affecting children, families, schools and communities.

Any manufacturer wishing to continue to supply other flavors to the market for open systems will have to submit their PMTA application by May 11th – and pay the excessive, crippling fees associated with that. Any product not having a PMTA submitted by this date will become illegal for sale on May 12th.

CDC: Curiosity Not Flavors Is The Main Cause Of Teen Vaping

Meanwhile, in line with previous arguments by several anti-smoking experts, new data released by the Centers for Disease Control and Prevention (CDC), have indicated that curiosity is the main motivator driving minors to try vaping, not flavors. 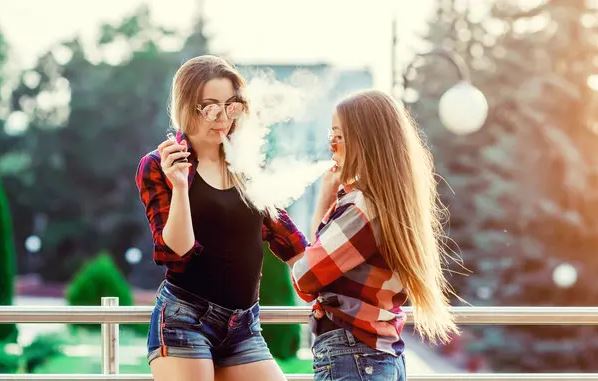 Extracted from part of the 2019 National Youth Tobacco Survey (NYTS), the figures confirm arguments by countless anti-smoking experts: personality traits such as a tendency to experiment play a main role in tobacco/substance use initiation. With this in mind, given the relative safety of vaping products, the fact that minors who would otherwise turn to smoking, may turn to vaping instead, should be considered a victory from a public health perspective.

To this effect, speaking in response to a 2018 report claiming that tobacco companies are behind the push for e-cigarettes, Australian expert Dr Attila Danko, had explained that like many of his peers, he had started smoking at the tender age of 11. Also like most other smokers, he had struggled to quit, and when he had finally managed to do so via nicotine-containing vaping products, he became an advocate of the harm reduction tools.

In line with Dr. Danko’s observations, studies from different parts of the world have indicated that in places where e-cigarette use has increased, smoking rates have decreased and ultimately vaping rates started decreasing as well. In the meantime, the US remains obsessed with banning flavors.